Five days after his daughter was born, Shi Zhaoyang left his home. His destination is Xiong’an New Area, a city being built to suffice the "non-essential" functions of the Chinese capital.

Now, Shi, 32, a project manager of China Construction Eighth Engineering Division, is in charge of the steel structure work of constructing a building in Rongdong District, Xiong’an. The project started a week before Shi’s daughter’s birth. He only asked for a few days off to greet his daughter and spend some time with his family. Then he hurried back to the construction site of the building.

Known as the “national project of millennial significance”, the construction of Xiong’an New Area is one of the most significant projects of China. When built over, the city will serve as a development hub for the Beijing-Tianjin-Hebei economic triangle. It is located southwest of Beijing and east of downtown Baoding, Hebei, two hours’ drive from Shi’s home in Tangshan, Hebei. 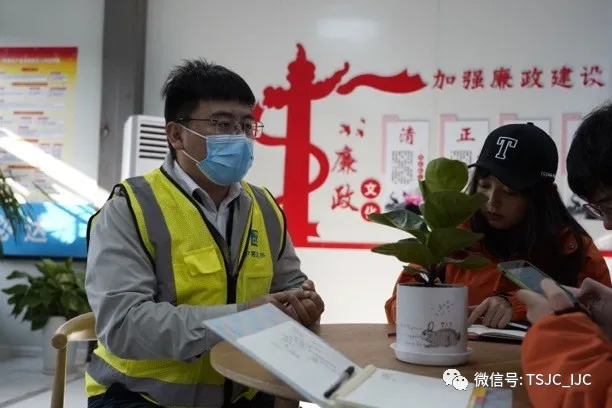 Rongdong District, the one Shi is working in, is the pre-construction area of Xiong’an New Area. It plays the significant role of accommodating relocation households, after which the construction of the city of Xiong’an can roll out.

“This project requires higher speed, better quality and stricter safety norms.” Shi compares this project with those he has worked for.

Many hands make light work, as the old saying goes. The construction site never rests. The workers take two or even three shifts a day to accelerate the construction. As the construction has been delayed at the very beginning according to some technical problems, Shi also has to reorganize construction procedure to match the progress with the deadline, making the timeline even tighter. 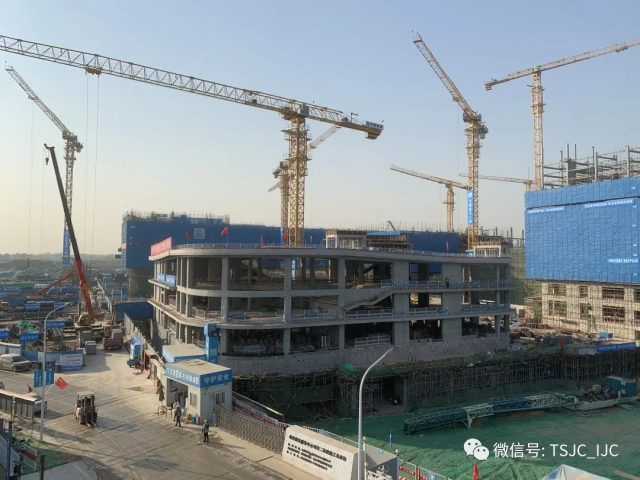 The acceptable quality levels of construction in Xiong’an has exceeded Beijing and become the strictest ones. “Taking steel columns as an example, the margin of error of verticality narrows from around 1cm to 0.5-0.8cm,” says Yang Wenjun, who is in charge of the quality inspection work of the steel structure.

In addition, the whole construction procedure is connected in a system and monitored by supervisors with their own application. “With 5G network supporting, we can find the problems and solve them as soon as possible.” A staff who participates building the underground logistics/pipeline corridors emphasizes the importance of the convenience of high-tech.

The stress of work hasn’t intimidated workers. Xiong’an attracts workers from everywhere. They devote themselves building this new area.

Yin Dongying, fire watcher of the construction site, planned to take a year off. So, he can stay around at home, when his daughter prepares for the national entrance examination of university. But when called for help in Xiong’an due to the lack of labor, he came with no hesitation. “Now I make a phone call to my wife every day, asking her to take good care of my little girl.” Yin says with a big smile.

Strict security measures at Xiong’an construction site is the other factor attracts Yin. Safety engineer here holds a daily meeting with all workers, emphasizing the importance of security.

Yin shares a sad story about one of his co-workers. The team of workers quitted a construction site for fear of slack security rules. But one young man stayed, trying to make more money. He fell from a building three days after they left. “He has to spend the rest of life in an armchair.” Yin’s eyes get wet.

“Only with our life security guaranteed, we would like to work hard.” Yin says.