“They can’t believe that Mao won the war in such a squeezy room that can only contain two sets of tables and chairs.” WANG, 32, tells the students of Tsinghua University.

Bur for more tourists, they can also find the answers of the following questions. What did Zhou Enlai prefer doing when giving a speech, waving hands or pacing back and forth? How could military correspondents develop the photos quickly on the battlefield? Why did people embroider Chinese characters on the soles of shoes? Here, in Xibaipo Memorial where the headquarters located, history is not just the name lists of generals and leaders, but also the mirror of people’s lives 70 years ago. 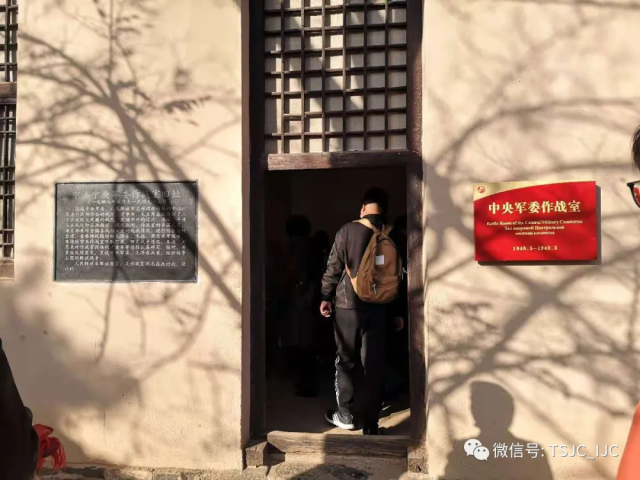 The Battle Room of the Central Military Committee, it was also the operational headquarters during the wartime from 1948-1949. Photo by 崔杨臻

Most Chinese know Xibaipo by reading history stories or TV series. In the stories, important files were telegraphed from Xibaipo, the results of battles should be sent to Xibaipo, the meetings that could gather the heads of the party were still held in Xibaipo. For people who have not been to the Xibaipo Memorial, it is the place where the Communist Party of China commanded the army to defeat Chiang Kai-shek and the army of the Chinese Nationalist Party, establishing a new country. In WANG Lipeng’s memory, every time when he brought the visitors to the headquarters, they would be surprised by the tiniest headquarters in the world. “It is not mysterious. All these brick bungalows are the ‘secret weapon’ that establish the new China.” he says.

Wandering in the memorial, the tourists are attracted by the daily necessities exhibited behind the window. Two local girls living in the village nearby crouched down beside a textile machine, discussing whether it is iron and how the army moved it when marching. A tourist pointed the manuscripts of Mao and says to his friend:“ Mao has really good handwriting.” In another exhibition hall, a tourist surnamed ZHANG stares at the farm tools and guns in the show cases. As the employee of Jingye Group, a local iron and steel manufacturer, he wants to observe these iron tools produced before. 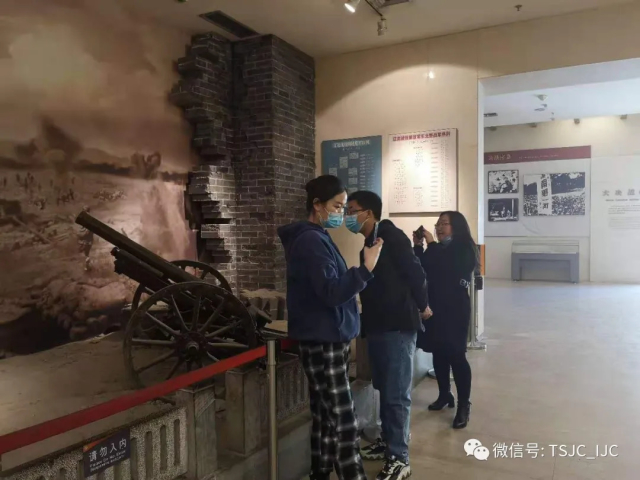 A girl is taking selfie with the exhibits. Photo by 崔杨臻

To close the gap between tourists and revolutionary history is the goal of the memorial. From 1980s, the Xibaipo Memorial has always updated the exhibitions, enriching historical objects and adding new exhibitions. When introducing the changes in the exhibitions, WANG says:“ People are interested in how the army of the Communist Party of China took over a city. They want to know whether there were differences in people’s daily lives, and how the government operated.” Therefore, the memorial designed a new exhibition hall to recreat the details of lives at that time by using exhibits like the money people used for buying goods. The shoes of the soldiers. On the soles of the shoes, there are the slogans to encourage them to defeat Chiang Kai-shek and to defend the home. Photo by 崔杨臻

Xibaipo Memorial has a documentary whose footstages were shot in 1947, recording the real-life scene of Xibaipo. Watching the local people sewing shoes voluntarily for the soldiers with the last piece of cloth at home, some tourists are moved to tears. WANG captures this scene and smiles. For him, this happens everyday. “It is our treasure of the museum, it is precious because it is real.”